Key Microsoft developments in the next 5 years 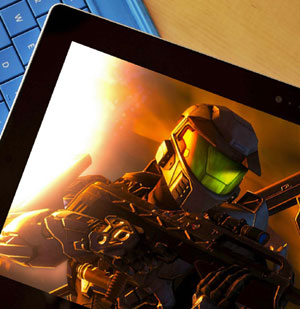 The post previous, Beyond belief: The next 10 years of iOS, focuses largely on the success of Apple smart devices, so let’s look at Microsoft’s upcoming contributions.

A long-standing tech leader in some areas, Microsoft has nevertheless often been overtaken by rivals in the ultra-competitive mobile market. But things look set to change over the next few years with the launch of some truly amazing products. Businesses have been weighing in with their feedback on past Windows releases, and the resulting innovations have utilized this input to great effect. But before we visit the labs and press conferences, let’s look at what Microsoft products companies have valued in the past.

Favourite Windows products of the (recent) past

In a 2011 survey 500 Microsoft partners were asked to list the 10 products they felt served their businesses best. Their answers provided a fascinating look at the needs of professionals as well as the areas in which Microsoft excels. Unsurprisingly, the main focus was on provision of business solutions rather than on more fun trends in gaming and entertainment. (The Xbox may be big, but it hasn’t made it into the office yet.) While this list of products is a few years out of date, it provides important clues as to where the software giant has been looking for future developments.

Four years ago, the top 10 products were:

The recent move towards the third platform – where technology will focus increasingly on mobile computing, cloud computing, social media and big data – has changed priorities for many businesses. But it is difficult to see Microsoft abandoning its perennial star player and popular operating system (OS), Windows. Office, too, seems to have a great deal of life left in it, with hundreds of millions of copies being sold each year.

Windows 10: Not your grandmother’s operating system

Scheduled for release mid-2015, Windows 10 will run across more devices than ever before, from global data centres to the Internet of Things, in a unified operating system. Designers are writing single apps for these multiple devices – a revolutionary step towards a more global system of technology use – with the goal of unifying the Windows PC, Phone, Embedded and Xbox One products. There are also plans for a common internal core, which will include devices running on Surface (tablets and interactive whiteboards) and Holographic (an augmented reality platform accessed by HoloLens headset). Google Glass, eat your heart out.

[Tweet “#Windows 10 will run across more #devices, from global data centres to the #Internet of Things.”]

Much of Windows 10 has been designed with businesses in mind, with advances in data loss prevention and increased flexibility. Work will be protected as it moves from tablets and PCs to email, cloud or USB drives. This is done through containers and data separation at file and app level, and results in business becoming both more secure and truly mobile. And because businesses operate in different ways, each will have the option of deciding how quickly to adopt to the new system’s innovations. The practice of wiping and reloading devices for total adoption of new releases will be replaced by an app store dedicated to new licensing, flexible distribution and the reuse of old licenses by businesses who want to customise their software upgrades.

[Tweet “Wiping and reloading #devices for adoption of new releases will be replaced by an app store. “]

What can’t Cortana help you with?

If you think digital personal assistant Siri is quick to sort out world peace, plot the best route to the nearest sushi bar or recommend a surprisingly good present for your brother,  Cortana could be the thing for you – and it’s set to be everywhere with the launch of Windows 10. Desktops, laptops, tablets and Windows Phones with the new OS will benefit from Cortana’s increased access to files and apps, and it will be able to locate those archived August 2013 spreadsheets seconds after you ask it to. Busy employees can have Cortana prompt them about meeting times, while others researching content can have it supplied by Cortana in apps or online, and still workers can have their travel bookings sorted at sound of the word ‘Amsterdam’. Cortana is less fallible than a real person, and quite a lot faster, too. As for making tea, you’re on your own – for now.

This one is still a relative secret. Spartan, codename for the new Microsoft web browser, was first rumoured for launch alongside Internet Explorer (IE) 11 as part of Windows 10. Other whispers disagreed; Spartan is going to kill off its predecessor on desktop and mobile versions of Windows 10. Now we’ve been told that Spartan will not support certain browser legacy technology, and will use an extension system instead. IE will survive its introduction, but only for essential IE-specific functions, and Cortana will join forces with Spartan to increase internet search functionality and personalise browsing services.

With Spartan, content will be synced between devices and formatting stripped away from pages in a bid to increase legibility (using the Reading List and Reading Mode functions). Ultimately, the browser spells the end of the lumbering and clunky IE, and will support modern web standards, browser extension and offline applications in a manner we will probably soon accept as (the gold) standard.

So if you fancy annotating a webpage with a stylus (Spartan), viewing the office through high-definition holograms (Windows 10) or having your mood lifted by a joking digital assistant (Cortana), Microsoft promise all this and more in the next 5 years. The problem, as always, is finding the patience to wait for it. But anything from five months to five years isn’t too long, is it? See you in the future.

Interested to find out more about The Internet of Things (IoT)?

Tech 101: What is Bespoke Software?

Bespoke software is specially developed to the requirements of a user or organisation, which differs from off-the-shelf software that is...

5 easy steps for your team to deal with digital transformation

All businesses, whatever the industry, are seeing some level of impact of how digital tools and systems are transforming the...

Now that the economy is picking up, one of the best things a business can do to ensure best practice...

All for one and one for all? Imagine a large gathering, perhaps a wedding party. Some of the guests are...