The 13th of September is widely recognised as International Programmers Day, as this is the 256th day of the year (the number of distinct values that can be represented with a byte). To celebrate this day, we gave some of our incredible developers the opportunity to explain why they wanted to get into software development, and why they love their jobs so much. 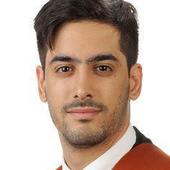 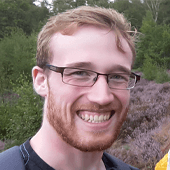 Peter Bell – Software Developer, UK“Software Development is a great job for quite a few reasons. You are always learning, you get paid well to solve logic puzzles all day, you get to work with very smart and friendly people, and you develop your problem solving abilities. Finally, it can be a bit of a super power – you gain the skills to automate all kinds of things in your daily life, or create apps or games that you feel like making!” 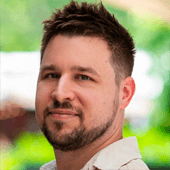 Dániel Berki – Software Architect, Hungary“I wanted to become a software developer because it feels good to create something from scratch that many people use and like to use. Perhaps the best is when I can create a tool/lib for other developers that makes their work easier.” 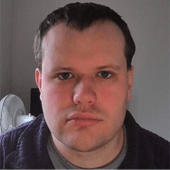 Bryn Horsfield-Schonhut – Senior Developer, UK“I’ve been developing software since I was a teenager, and I did it for fun long before I did it professionally. I enjoy the process of crafting software and building something with just your mind. It is particularly rewarding to see the systems you create working and making a difference.” 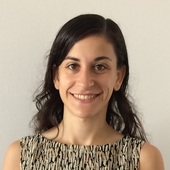 Jennifer Goijman – Junior Developer, Spain“Every day at work I get new challenges which are probably the reason why I don’t get bored of developing. I enjoy logical thinking and solving problems. I like the flexibility of programming: you can do it as a team or alone, you can do it in an office, at home, or anywhere. Also, you can meet colleagues from around the world and see the different ways of thinking.” 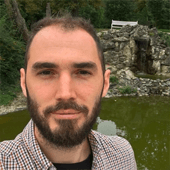 Imre Kiss – Senior Software Engineer, Hungary “My father introduced me into this world. He taught me the basics from a commodore64 to pentium machines (hardware stuff as well). From then I was always fascinated by the fact that we can create something from nothing, with fun, basically for everything. I really enjoy sitting behind the lines and driving the user through any journey that I am actually developing.” 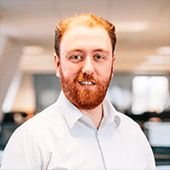 Alexis Shirtliff – Head of Software Engineering, UK“I grew up around other engineering disciplines, but never had a clear idea of which particular area I’d go into. By the time I was deciding on a degree course, Software Engineering seemed the clear path, as from an early age I’d supported an engineering companies IT systems, which grew into developing bespoke software to improve the efficiency of their business. The key thing for me is that whilst solving difficult problems in software is a fantastic and addictive challenge, the real driver is that the end systems actually solve other peoples problems and help them and their businesses to succeed.” 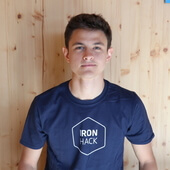 Mario Quiroga – Mid Developer, Spain “For me, programming is a new form of craftsmanship, where high quality software is the result of hard, careful work. To be able to do that in an environment where trust and collaboration are truly embedded in the culture, is a great privilege.” 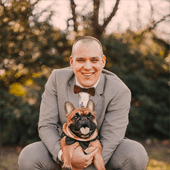 Zsolt Nagy – Senior Software Engineer, Hungary“I have chosen Software development because when I was young, I played a lot with World of Warcraft. At some point I decided I will operate my own server for my friends, but the custom server had a lot of bugs which I had to fix. That’s how it started 14 years ago.

Now I’m really enjoying solving problems and supporting the future generation. The world for me without programming problems can be boring.” 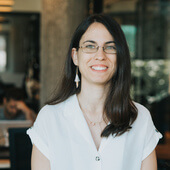 Nuria Extremadouro – Senior Developer, Spain“It gives me the ability to work on something where I can create solutions from beginning to end, whether it is for a client or for myself.” 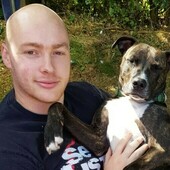 James Kirkby-Kent – Senior Developer, UK“I didn’t really have much of a plan in terms of my career. I enjoyed computer games, so I thought I’d give programming a try. I applied for a computer science course at University and got accepted. This is where I wrote my first line of code. I’ll always remember the little spark of joy I got when I wrote a program that asked for two numbers, added them together, and wrote the sum to the console. Since then I’ve worked on many different projects in a variety of languages. I still get that little spark when I see the feature I’ve been developing working for the first time. I enjoy the different aspects of being a developer, from gathering requirements from a client, developing flashy features and battling an elusive bug that’s been around for weeks without a fix. I don’t think there are many careers which offer such a variety of challenges as being a software engineer. The decision to go to university to study computer science, on a whim, is one of the best decisions I ever made!”

Róbert Lövei – Senior Software Engineer, Hungary“I loved to play games on my Commodore 64 when I was a child and wanted to write programs like those. Programming is challenging and exciting to me every day. We are creating software to solve the problems of people and companies.” 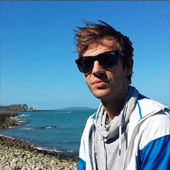 Tibor Otott-Kovács – Senior Software Engineer, Hungary“I got interested in coding when I was about 12 years old and got my first HTML page to work. After a couple of years, I wanted to make it dynamic, so I started to learn how to use PHP to render dynamic content. I like building things people use. It’s amazing to just write some code, press a button, and suddenly thousands of people on the Internet are playing with it. I like to learn new technologies and solutions on a daily basis. I also get satisfaction of solving problems in the real world and when it works, it’s super satisfying.” 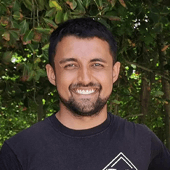 Collin Hobson – Software Developer, UK“My journey into coding started when my dad bought a Raspberry Pi microcomputer for my 15th birthday. At the time I was slightly disappointed as I had been wanting a new pair of football boots. Looking back now, it was probably the best gift I had ever received as a child. It led me down the path of taking a computer science course at university and eventually led on to a career in software engineering, arguably one of the best jobs in the world.

The first snippet of code that I wrote was using Python and the Raspberry Pi to toggle an LED on or off. I remember feeling excited and amazed by how I could make this little device do something with only a few lines of code. Since then I’ve worked on a variety of projects using different languages, but the feeling of excitement is still the same. What I like most about the job is being able to work on a variety of interesting and challenging projects while working with other engineers to come up with clever solutions for our clients. Another huge positive is that I also get to surround myself with some very smart and talented people that are happy to share their knowledge and help me progress through my career.”

Do you want to work for an award-winning software development company?

We are delighted to announce our acquisition of JayStack, a leading software development company based in Hungary, further cementing One...

We are delighted to share the news that we are a finalist in the BCS UK IT Industry Awards, in...

One Beyond Holds Staff Summit in Madrid

At the end of June, our team gathered in Madrid for a memorable summit, featuring an incredibly impressive hackathon, some...

Report – The Midas Touch of Talent

We analyse talent migration in the UK, specifically in IT, in the most transformative period for the skilled workforce in...