Ark Data Centres designs, constructs and operates high-integrity data centres, which combine optimum security with the highest levels of availability. The highly-efficient facilities, which feature a range of state-of-the-art cooling systems, are used by government agencies and large multi-national organisations with exacting needs. Ark currently operates three sites across the south of England, with two more in the pipeline.

Always looking for new ways to add value for clients, differentiate its services and grow the business, Ark aims to make it as easy and intuitive as possible for clients to administer their own controls – over who has access to their data centre rooms, and on what basis, for example.

Originally, requests to change or update access would be submitted by email or phone, potentially taking up to four days to action – a process Ark wanted to replace with a secure online portal. The new service would allow clients to serve themselves and activate independently-approved access changes within just a few hours.

However, Ark ran into some issues with its incumbent IT supplier and the portal project had to be put on hold. When Nick Border joined Ark as Project Manager, he set out to find a new IT partner and reinstate the portal initiative.

They had the right skills profile, and all of their client testimonials confirmed that this was the development company we needed. This was further borne out when we met One Beyond: they have a positive and proactive mind-set which was important.

Nick’s team identified and contacted six or seven potential suppliers, shortlisted three, and quickly recognised that One Beyond was the partner Ark was looking for.

“We wanted the portal to run on Microsoft Azure and found One Beyond via the Microsoft Partner Portal,” Nick says. “They had the right skills profile, and all of their client testimonials confirmed that this was the development company we needed. This was further borne out when we met One Beyond: they have a positive and proactive mind-set which was important.”

As an added bonus, One Beyond is based just three miles from one of Ark’s data centre sites. “Although the location didn’t really matter, we like the way One Beyond works which is very collaborative and agile,” Nick says. “It’s not a case of throwing a spec over the wall and leaving them to get on with it; it’s an open and continuous engagement.” 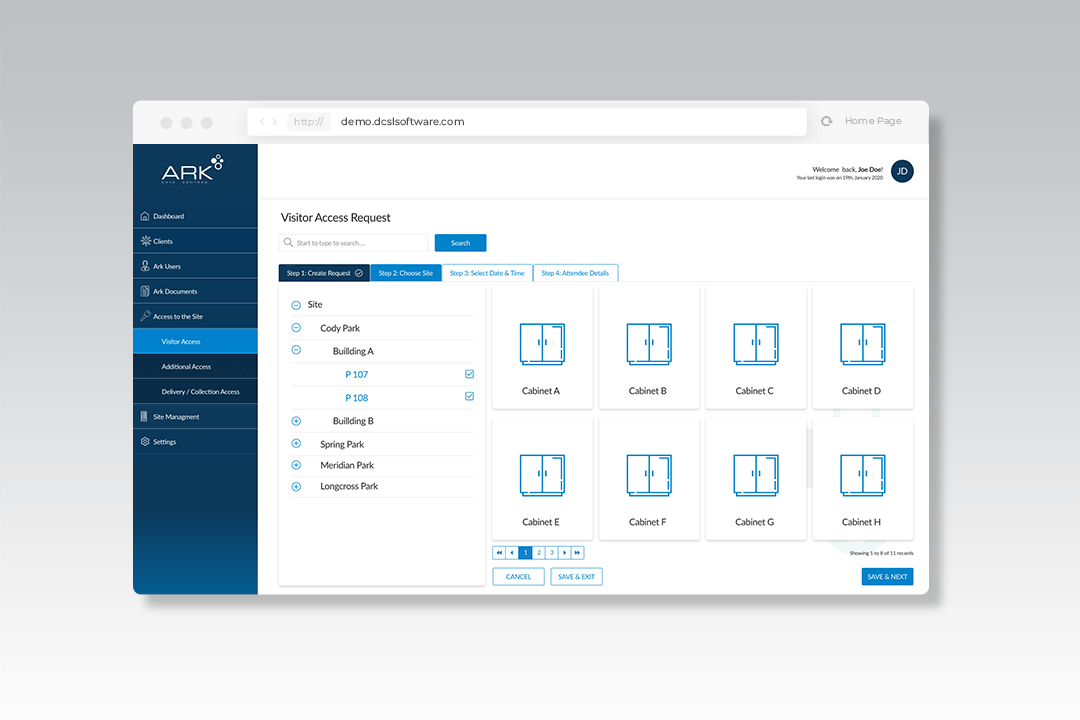 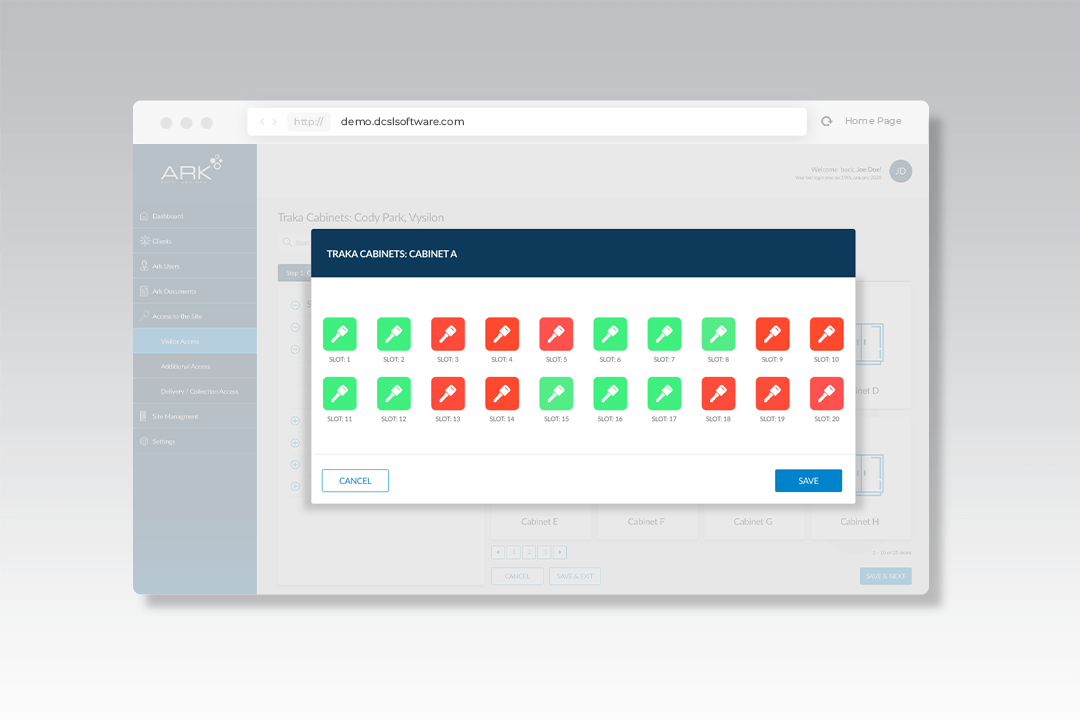 Ark had a clear specification for what it wanted from its portal, but One Beyond provided useful input into the visuals, moving away from a spreadsheet-based forms approach to a ‘tree’ interface for more intuitive navigation.

Development began in March 2020, just as the UK entered COVID-19 lockdown. One Beyond implemented and completed the project remotely while still adhering to strict quality processes and building a strong relationship between the client and its team.

One Beyond built a visually-engaging web application using the Microsoft .NET Core 3.1 Framework, with a HTML5 front-end based on the Javascript framework, vue.js. This is optimised for and fully responsive on multiple screen sizes (laptop, tablets and phones). In the background, SQL Server provides secure data storage and processing to the standards required under GDPR. The system is hosted on Ark’s Azure environment.

One Beyond employed its Waterloo code generation tool, allowing the efficient delivery of a fully-responsive application and execution of common development tasks – including system identity security, CRUD (create, read, update and delete) operations, file uploads, and security vulnerability patching – to a very high standard. This also provides a strong foundation for adding further functionality, such as two-factor authentication.

Phase one of the bespoke portal went live in September 2020 – despite the disruption of lockdown to much of the country.

Through the slick, state-of-the-art portal, Ark can define a client’s access to each of the areas of an Ark site, as well as the security requirements for each area of the site. Meanwhile, clients can request access for visitors and deliveries/collections, or grant temporary additional access for badge-holders, which are approved or rejected by the system and Ark.

Clients can also grant and remove access for their own users. This secure self-service dimension, which is crucial to the client experience, is accessible through multi-factor authentication using Microsoft Authenticator. As well as managing passes to site, clients can report stolen or lost passes.

Everything we’re doing is designed to grow our user base and provide a better service to clients...One Beyond has really understood that. They’re very engaging, helpful and friendly as a business, always looking at how to make something work – rather than saying something isn’t possible.

Ark has high ambitions for the portal, which ultimately will become the means by which all client-facing activity is managed, including initial quotes, support tickets and planned maintenance. “In due course we expect to use it for delivering management information and reporting, and managing all day-to-day interactions with clients,” Nick explains. 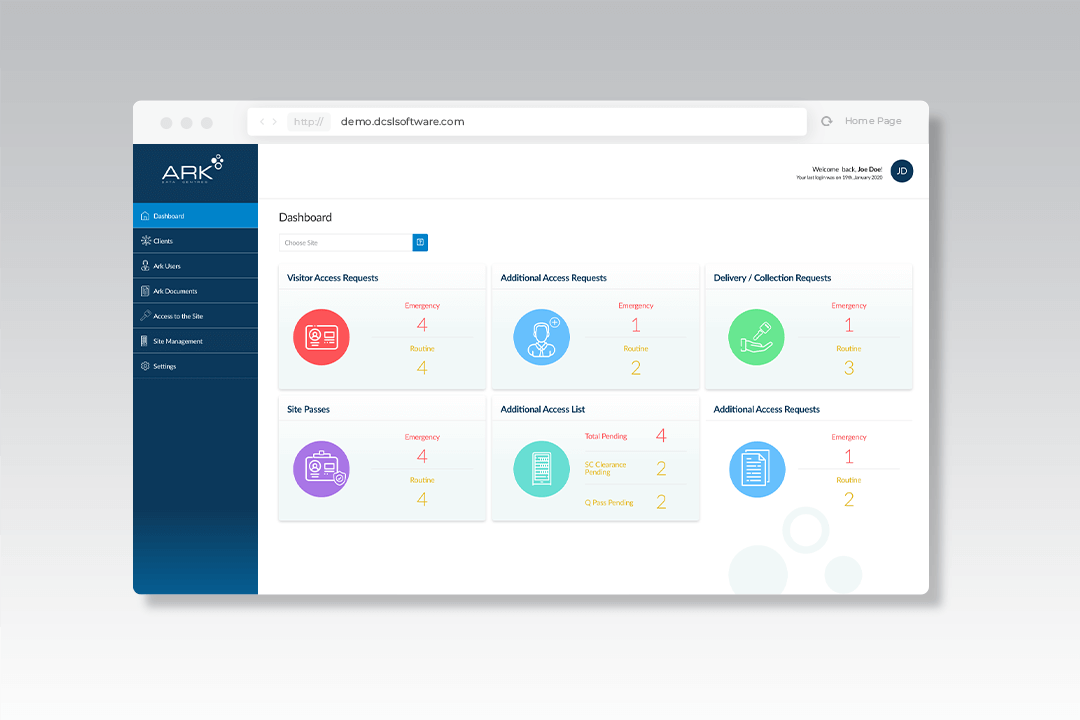 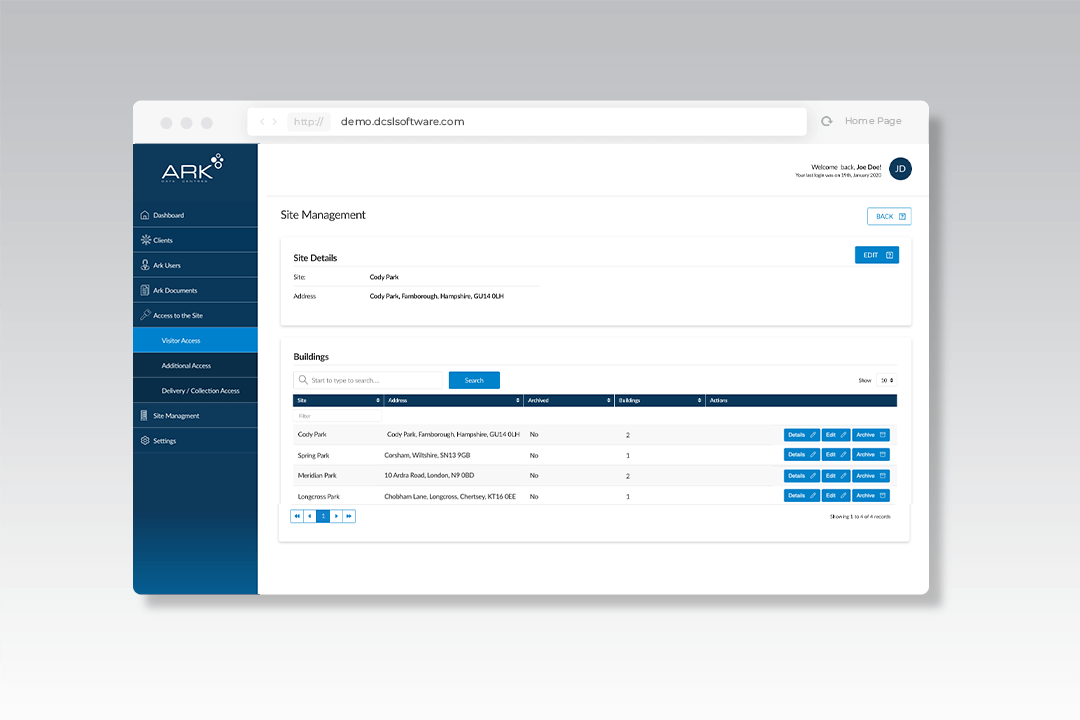 “It’s something clients expect now: high levels of automation and user self-service. In time, we may even provide direct links into their own systems, via APIs, so that changes internally are automatically flowed through to the portal. That will take out a further layer of admin.”

The fact that One Beyond has developed the portal using Microsoft .NET unlocks maximum future options, Nick notes. “We want to integrate the portal with SharePoint, for example, for the synchronisation and sharing of content such as site documents, and use Microsoft PowerBI for live client reporting.

“Everything we’re doing is designed to grow our user base and provide a better service to clients,” he concludes. “One Beyond has really understood that. They’re very engaging, helpful and friendly as a business, always looking at how to make something work – rather than saying something isn’t possible. It’s been a real meeting of minds, and we look forward to working with One Beyond on the next developments.”

Looking for an intuitive customer portal for your business?

Our experts can create bespoke customer portals to meet your requirements. Get in touch today.